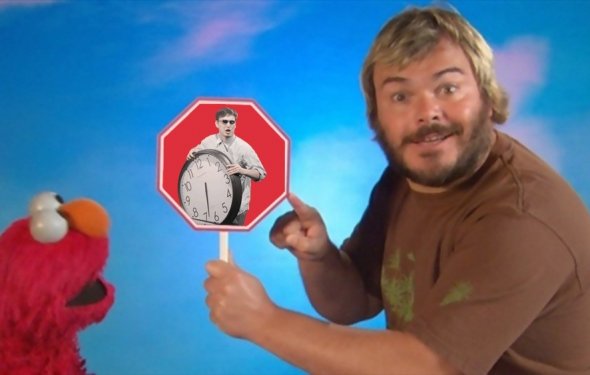 In an MMO like World of Warcraft, which is basically about collecting items and gear, the rarest, still obtainable ones are in legendary status. And they’re not just rare: they’re rare for various interesting reasons.

It’s worth noting that there are quite a few items that are no longer available. Some were removed due to gameplay changes, and some were available only for a limited period of time. Also, some other items that were pretty rare back then, such as Shadowfang or Teebu’s Blazing Longsword, are now available in Salvage Yard loot crates, and therefore not that rare anymore.

This list is not about those items (so no Blizzcon or Asia-only pets this time), but about very rare items that are still in the game and players can still obtain in one way or another:

Chromatic Sword: The sword’s a popular transmog item because it’s the only item with a rainbow glow, but there’s a tiny problem. It’s no longer in the game and can only be found on the Auction House. Before Cataclysm the sword was a 26% drop from a rare spawn in Stranglethon called Scale Belly. It was constantly farmed by collectors and some people even created level 55 Death Knights on various servers for the sole purpose of planting them at Scale Belly’s spawn point. But Cataclysm changed the zone, and Scale Belly is now a low-level monster with a different loot table, meaning that the Chromatic Sword no longer drops. The only place to find one is the Auction House, but even if it shows up, it’s stupidly pricey.

Haunted Memento: This one’s silly. It’s not a pet or a toy. It’s a pretty much worthless item that summons an undead buddy who follows you around. Why is it rare then? The item was only available during Wrath of the Lich King’s launch event back in 2009 when the Scourge attacked Azeroth. So people either forgot about it, destroyed it years ago, or if they were lucky they still have it in their bank. Now it goes for hundreds of thousands of gold on the AH.

Heavenly Onyx Cloud Serpent: An awesome looking mount that was bugged for months and never dropped for anyone. Now it’s fixed and attainable from the Sha of Anger world boss in Kun-Lai Summit, but the drop rate is still so low compared to other world bosses that it’s basically unknown. Based on one or two lucky drops, it’s impossible to calculate the drop rate.

Poseidus: A few things make this mount much harder to grab than other rare spawns. The monster that has the seahorse mount is located in the underwater zone of Vashj’ir, and searching for a specific mob underwater is a bit trickier than on dry land. Besides that, it only spawns once or twice a week and the two spawning locations are pretty far from each other. Good news though, it can be sold on the Auction House, usually for 999, 999 gold.

The new version, only available for Rogues.

Recipe: Thistle Tea: It’s a cooking recipe, and it’s most likely the single rarest item in the game that still exists out there. The recipe was only available from the release of the game to patch 1.3 as a reward from a Rogue-only class quest, until the whole quest was removed. So it hasn’t been obtainable for 10 years now. But still, some players haven’t learned the recipe, kept it in their bank tab and occasionally they put it up on the Auction House for a horrible price.

Runner up: Recipe: Dirge’s Kickin’ Chimaerok Chops, which is also a cooking reward from a removed quest-chain, that pops up on the AH from time to time. It was removed with Cataclysm, so it’s not as old and rare as the tea. But it’s the only epic-quality cooking recipe in the game.

Stunted Direhorn: According to Warcraftpets, if we exclude all the pets no longer obtainable (gifts from various old promotions, Asia-only events, old Blizzcons), only 4% of the players have the Stunted Direhorn vanity pet. No surprise. The pet’s a reward for winning 250 pet battles against other players. Only a small amount of players battle against each other with their vanity pets, and winning 250 of them sounds torturing enough.

Time-Lost Proto Drake: It’s called “Time-Lost” for a reason. A unique flying mount with multiple spawning locations, and even with target macros and relentless camping, it’s basically impossible to find one. It flies around the Storm Peaks, a huge zone with huge snowy mountains, and a lot of other Proto Drakes. Some people even think that it changes realms during its flight, just to make things more cruel. Finding a needle in a haystack is probably easier.

TCG mounts, pets and toys: Items from WoW’s Trading Card Game loot cards are among the most treasured and they’re highly sought after. However it was never as easy to get them as it is today, since besides the Auction House, they constantly appear on the Black Market Auction House. The most popular ones are the Swift Spectral Tiger, the Magic Rooster and the X-51 Nether-Rocket X-TREME due to their unique appearance. But whether it’s a pet, a toy or a mount, they all go for 999, 999 gold all the time as well. And even if you have the money, you still need to bid in time to win.

Xorothian Firestick: It’s a very unique-looking, collector’s favorite gun. But it’s quite tricky to get one. The gun’s a rare drop for hunters from a boss that only warlocks can summon in Dire Maul. The problem is, this boss was part of a quest chain for the warlock mount that was removed years ago. So the only warlocks who can summon the boss are those who did the quest-chain back then. And even after finding someone who can do it, the drop rate for the gun is still quite low.

Zin’rokh, Destroyer of Worlds: Also, destroyer of sanity and time, because it’s so rare. This one’s an Archaeology reward for solving Troll dig sites. Some Archaeology mounts are pretty rare, but they’re nothing compared to this weapon. And it’s bind to account, so you have to solve troll projects until it pops up, there’s no other way to obtain it. But it just won’t happen, don’t even try, it’s a 1 in 1500 chance.

Source: kotaku.com
Related Posts
Categories
Latest Stories
Upgrading items wow As you’re probably aware we introduced a new system in 5.1 which allowed...
MR robot wow gear There’s a filter icon in the character menu bar. It’s your BFF when it...
wow item generator I m so glad I kept mine in my bank in case this ever happened! The one...
Wow gear stats The information isn t conflicting. It s all true. Gear stats in instanced...
Heirloom items in wow Patch 6.1 implemented the Heirlooms tab in the Collections interface, and...