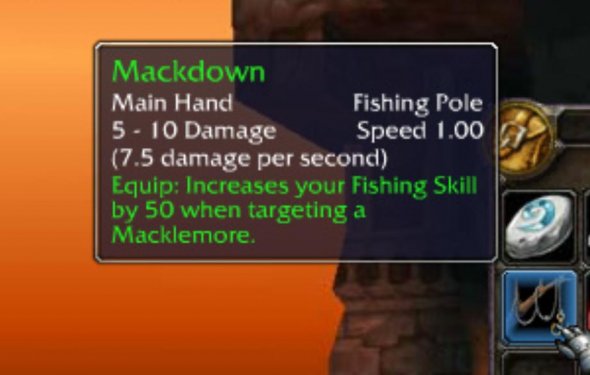 Overnight, World of Warcraft players noticed something odd. They noticed enemies' health amounts changing depending on who was fighting them. The higher a player's item level, the more health the enemy would have. In other words, enemies were scaling to a player's gear.

Problem is, scaling-to-gear is something Blizzard said it didn't want enemies to do in WoW.

"There would be problems if we tried to do that, " game director Ion Hazzikostas said in a Legion Q&A last year. "That would go too far in undermining the core sense of power progression that is part of an MMO ... The intent is that the content is is something you outgear, outpower eventually."

More confusingly, Blizzard didn't mention it at all in the 7.2: Tomb of Sargeras patch notes. Perhaps unsurprisingly then, the WOW community has been up in arms. It prompted Ion Hazzikostas to wade in during the night - his time - with an update.

"Yes, this reflects a deliberate change, " he said, "but it's also not working exactly as we intended." To that end it will be re-tuned - and it could yet even be removed. "Scrapping the entire system is certainly still an option."

But why do it in the first place?

"Power progression is an essential part of the WoW endgame, " he said. "We absolutely want you to feel overpowered as you return to steamroll content that once was challenging. But there's a threshold beyond which the game's core mechanics start to break down."

When someone can't get a spell off on a quest target before someone else charges in and one-shots it, "that feels broken". "Even for the Mythic-geared bringer of death and destruction, when everything dies nearly instantly, you spend more time looting corpses than you do making them, " he said.

"You spend an order of magnitude longer travelling to a quest location than you do killing the quest target. You stop using your core class abilities and instead focus on spamming instants to tap mobs as quickly as possible before they die.

"Our goal, " he went on, "is basically to safeguard against that degenerate extreme."

Blizzard apparently tunes outdoor combat - for a standard level 110 character against a standard 110 enemy - to last 12-15 seconds. When you begin halving that time, even killing multiple enemies in a fraction of the time, things have gone too far. "The game just wasn't built to support that as the norm, " he said.

"We're just looking to ease up off the gas pedal a little bit. We don't want to halt the power curve, and certainly never to go in reverse, but rather to take a bit longer on our road to an endgame world where everyone effectively walks around death-touching mobs for quest credit."

I was kidnapped at gunpoint and shoved into the boot of my car Unexpected stories of game development.

Hazzikostas said the reason Blizzard didn't mention anything was because it wanted players to feel the change in action first.

"It was not to be deceptive, " he said, "we know it's impossible to hide a change from millions of players. But the system was meant to feel largely transparent and subtle, just like level-scaling does if you don't stop and really think about it, and so we did want players to first experience the change organically.

"Your feedback and reactions and first impressions of the system are more useful in this particular case when they are not skewed by the experience of logging in and actively trying to spot the differences.

Source: www.eurogamer.net
Related Posts
Categories
Latest Stories
Interesting How many entrepreneurs become millionaires where to get business cards...
Guide How to recharge car ac How much does it cost to replace a central air conditioning...
Reference Book How to prevent bell s palsy? How to do magic tricks with no equipment Le...
Resources Ust courses vegan crowdfunding adobe certification online class objectives...
We are supported Why business fail what business quarter are we in which manager has the...