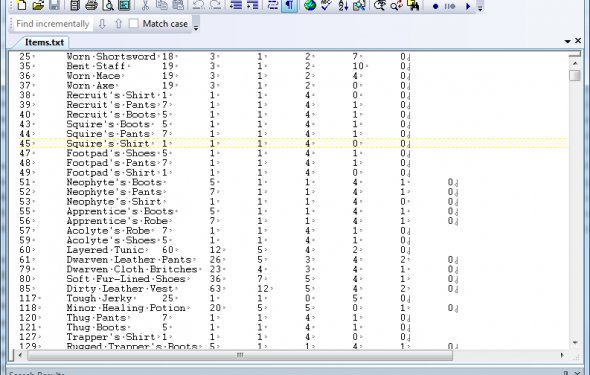 Recently, we covered Blizzard’s award winning title Diablo in an effort to show you the most awesome legendary items. Now as part of giving you the list of items that you can drool over we today decided to show you some of the coolest looking most desired items that you wanna have in World of Warcraft.
While some items that had a legendary status in old times are no in the hands of almost everyone we today would be discussing only those specific ones that are still available in-game and players can achieve them by completing their necessary tasks.

First one the list is Big Love Rocket. Kinky as it may seem, this things is exactly what is going through your mind. The reason why it gains a position in the list of desirable items in World of Warcraft is because the Big Love Rocket Mount can only be obtained through its annual event “Love is in the Air”. The mount comes from a box which drops once every day during the event. The drop rate for the mount is almost .03% so go ahead and test your love as much you want; you’re still not getting it.

The chromatic sword is famous for its glow. The popular transmog can’t technically be achieved in game as it is no longer in the game. As in the past, the sword had a 26% drop rate in Stranglethon from a spawn called Scale Belly. Now however, the spawn has changed its address and also has a diffenret drop table to it and sadly it doesn’t have Chromatic Sword in the list. The only way you can get it is through the auction house but for its price you might wanna think of buying a Ferrari instead.

The item doesn’t have any good to it rather than just giving a undead summon that follows you around. The reason it is rare is because the item was only available during the launch of Wraith of the Lich King in 2009. For now it lists in thousands of gold at the auction house.

The mount’s beauty speaks for itself and is attainable from the world boss Sha of Anger. The drop rate however is the funny part as apparently there couldn’t be any calculation done and is basically unknown for now.

This seahorse drops from a mob in Vashj’ir. You won’t be able to find the zone anywhere as unluckily it is underwater. The mob further hardens the ability to farm the mount as it spawns once in a week having two spawn locations that are miles apart each other. Seems tough right? You can still get the mount from the auction house for…errrr 1, 000, 000 gold.

As per some stats over on Warcraftpets, this dragon looking pet is owned by only 4% players in World of Warcraft. Rarity at its peak ain’t it? Well, this pet is a reward for players who win 250 PvP pet battles. Since there aren’t much players with the spare time to battle their pets, winning 250 of this is an achievement in itself.

Well there is a reason why they call it Time Lost. This drake has a lot of spawn points and according to some it also changes realms. Finding a unicorn might be easier than finding this Proto drake in Storm Peaks.

A collector’s dream in World of Warcraft. Getting it in World of Warcraft is quite tough. The guun is a drop for hunters from a boss that is summoned in Dire Maul only by Warlocks. Now here comes the best part, the boss was in a chain quest for Warlock Mount; which has been removed from the game. The only way to get it now is by contacting the Warlocks who did the chain quest at that time. Even if you think you know someone like that, the drop rate for the gun is still pretty low

It’s also called Destroyer of Worlds. Probably they should have named it the destroyer of time and sanity as it is that rare to achieve. This weapon is a reward for completing Troll dig sites in Archaeology. The weapon further binds to account so you have to do all the projects until you are finally blessed with Zinrokh. However, it’s not that easy as it sounds since the drop rate for the weapon is 1 in 1500. Well, there goes your time and senses.
Tell us what you think about the list of most desired items in World of Warcraft. Though we did a lot of research compiling this up, still if you think we might have missed some that deserve to be on the list that tell us by writing in the comment box below.

Source: www.killping.com
Related Posts
Categories
Latest Stories
Upgrading items wow As you’re probably aware we introduced a new system in 5.1 which allowed...
world of warcraft boa gear Part 1 Buying Boosts Visit the in-game store. This simplest way to get...
Resources Harris county department of education responsive education solutions pacific...
wow item generator I m so glad I kept mine in my bank in case this ever happened! The one...
Gearscore addon wow First, here is the original blue post as well as the follow up clarifications:...
Friendly sites