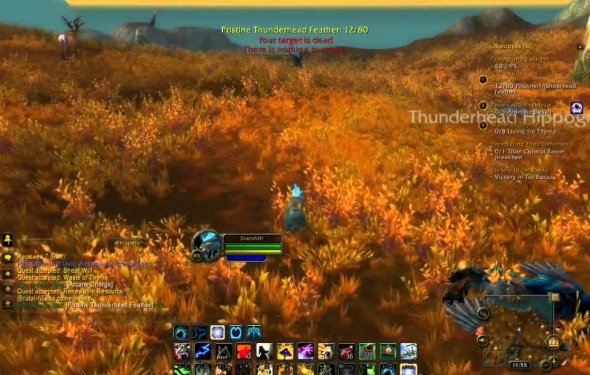 Transforms you into a Naga for 20(?) god damn seconds?
Does Slizzard have any special reason why to wreck every each damned item that could be used in RP with duration and cooldown timers? Beyond the fact that they are retarded i mean.

But aside of that, 20 seconds? F*** it will be npcd to the first freaking vendor.

Coolest item I've come across yet, the Naga you transform into is positively huge, it's very noticable and I get lots of comments about it.

I got this item today and to my huge disappointment you can't even dance in naga form!

Can't quite understand why you can only stay in this form for 20 seconds on such a long cooldown. I would have preferred a minute at least.

Works with Potion of Illusion, you can cast and lasts 2 min.

I don't understand why they didn't keep gender differences, I want to be a female naga :(

Archaeology gave them the perfect opportunity to just go crazy and add all the cool items they always dreamed of, and they instead add a 20 second illusion buff on a 10 minute cooldown that breaks on doing anything?

This is pretty cool, but I'd love to be able to use it in combat occasionally, like a new version of Noggenfogger's.

If you also have the Highborne Soul Mirror you can have your reflection be a naga after you transform.

I was disappointing when I was going for Zinrokh, so I solved some of my other stuff to see if I'll get anything. And wala! got this bad ass transmutation bone.. thing.. yay!

Finally finished the Bones last night. Confirming the ability to use the size-altering Noggenfogger buff(not nearly as small as I'd hoped), Path of Cenarius, and Winterfall Firewater(Definitely bigger). The dancing buff from the Piccolo of the Flaming Fire fades when you use the Bones, however.
The Orb of Sin'dorei and/or Pygmy Oil doesn't seem to affect the gender, so I'm going to agree with Kinka and assume it's a specific Naz'jar Honor Guard.

ETA:
I popped the Bones as I was underwater, just outside of Silver Tide Hollow(without Sea Legs), and the Naz'jar definitely at least does the animation of the swimming Naga, which even though there is no side buff(underwater breathing or speed increase), is still ultra awesome.

One heck of a cool item though, especially for those of us who enjoy the elf lore :)

If you are a worgen. Go to human form, use the Bones of Transformation then enter combat. It will make you a freak-looking human and allows you to fight as a human.
For other people exept for people who were around you will see you as a Worgen.

And yeah you can go Wild Running as human. :) It's awesome.

You will also sound as a worgen.

I would love to see this as a trinket, that can be turned on/off with a GCD, and do the following.

Allow spells, abilities, skills and items to be used in naga form.

Have bonuses to swim speed, with underwater breathing.

Allow "friendly" interaction with all naga, unless you're seen shape shifting into a naga.

Hell, throw in rep quests as well, give people a reason to pick up archaeology.

if nothing else, for the love of all that's unholy, remove that god damn 20sec uptime 10min CD! 10min uptime, 20min CD, sure! FINE! 20 sec is just ridiculous.

If you could use this in combat like the Iron Boot Flask I would love it.

However, as it is now it's pretty bad.

If I missed a post on this I am sorry but wanted to add a note of you can't use in combat, and combat breaks the "shapeshift"

Edit: I just noticed this but this changes your over the head name to Naz'Jar Honor Guard . Doesn't change the name on your icon in top left and I don't know if it changes your /target

It really ennoys me, how i only get the crappy epics after doning archology since Cataclisme came out:(
I have 9 rare items now and still no usefull item.

I'm guessing they gave this a very short uptime because to do anything while transformed, they would have had to animate a bunch of new actions and emotes that naga don't already have. There are only a few naga models. They can "walk", swim, attack, and die, and that's about it. This also explains why doing pretty much anything besides moving around breaks the buff.

Here's what I noticed.. if you use the bones (as a female) you turn into the male naga. If you immediately use the Orb of the Sin'dorei afterwards it changes you into a male blood elf if you are a female normally. Same with the Orb of Deception. I am a female goblin, i used the bones, then the orb of deception and it turned me into a male worgen XD

Found this out by mistake while clowning around in Tol Barad.

I made a list of gimmick items which you can use to transform your character into a different form or race or even gender to play around with. I didn't add items like weapons that provide a procc with a transform effect that only lasts a few seconds even though I know about them. My intention was to list all items with controlable transformations. Feel free to let me know if I missed an item!
I want to thank all the people below my lists who pointed out items I missed! This list grows thanks to your effort as well! Thanks guys, you're great!

The following items you cannot get anymore. Only to complete the list.

Best thing about this item?
If you backpedal while having the buff, and remove it while backpedalling, you'll moonwalk.

In addition to a duration increase, I'd really like to see a jump animation. Stand animation midair looks weird, to say the least.

Just as a note for DKs, if you have boneshield active when you use this item you will transform and be a Naga with a boneshield :D just a little something to give you an edge on all those other nagas

And to think I broke out my, "Air Jordans" just to transform back before I could put them on..

If you play as a monk make sure you do not roll while the effect of this item is active. Rolling will remove the effect.

Just a question, can anybody test if using your Ai-Li's Skymirror on yourself when this transformation occurs will Skymirror you as a Naga?

I created a video guide which shows you how to farm the toy - Here is the link:

Have on my channel more such guides to Wow and other games such as Diablo III – here is the link to my cannel:

An interesting fact is that the item now changes the race in the mouseover tooltip to Naga for the duration of the effect. So, if you're a level 100 Death Knight using this item the tooltip would say Level 100 Naga Death Knight.

Other toys of archeology
Fossil:

Draenei:
Nerubian:
Night Elf:
Dwarf:
Troll:
Tol'vir:
Vrykul:
Source: www.wowhead.com
Related Posts
Categories
Latest Stories
Interesting How many entrepreneurs become millionaires where to get business cards...
Guide How to recharge car ac How much does it cost to replace a central air conditioning...
Reference Book How to prevent bell s palsy? How to do magic tricks with no equipment Le...
Resources Ust courses vegan crowdfunding adobe certification online class objectives...
We are supported Why business fail what business quarter are we in which manager has the...