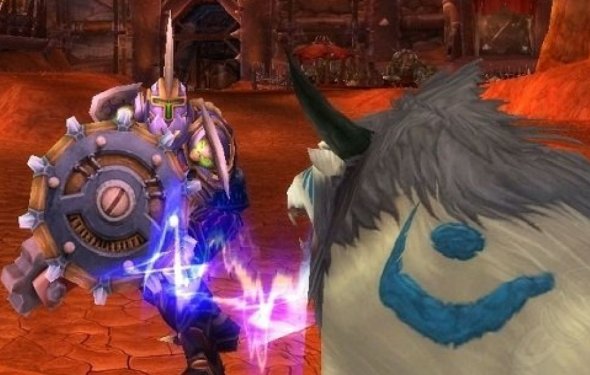 I'm still trying to figure out how to get the hearty feasts at 102. I've played on the beta for a few months and never got the recipe for it even once I got to 110. Not to mention it requires a reagent you need to be 110 to get and the quest is green by then.

So, expect to pay a small fortune for them on the AH or plan to not have most of these quests done at 110.

You say the Rank 2 Schematic for the Cranial Cannons are sold by Fargo Flintlocke in Aszuna. When trying to find him at the linked location (65, 24) he's not there. I also checked the Stormheim location and he doesnt sell anything.

Could you be more specific on where the vendor is?

My Engineering skill is currently at 780/800, and all of my learned and unlearned Legion schematics are grey and not showing any potential for skill-ups. The only remaining Legion Engineering quest I have is Revamping the Recoil, as I don't yet have the rep necessary to access the Court of Stars.

Does the final quest give profession skill, or am I missing something?

Edit: I now have a 3rd rank goggle schematic, and it's showing yellow for skill-ups. Still a long road to 800 skill, but at least possible.

Are any recipes yellow after 770? Or do I have to hope that spamming gunpowder charge will still green til 800?

I am extremely disappointed in Legion's Engineering. Several things to note:

1) Thank god they hotfixed the Hearty Feast thing, but I lost my Reaves Battery schematic in the process. Got it back, when I used the Forgotten Schematics of the Broken Isles item.

2) Completed the Cheating Death quest, but never learned Reaves Module: Wormhole Generator Schematic. Many ppl report they've fished it from Black Barracuda pools, but I haven't been able to fish it so far, after 2 hours fishing (might need to be more persistent I guess.)

3) Reaves' Failure Detection Mode - so does this ress ppl after failing an encounter, or does it turn into a mailbox, as it says on the description? When I finally got Reaves into that mode, it turned into a mailbox, but more like a antena- like devise, that cannot be clicked on.

4) Quest for the 815 ilvl cannon head pieces - it needs you to collect items from a Mythic dungeon (Court of Stars), which is pretty much reputation locked, because you need to be 8/12k revered with the Nightfallen to unlock the questchain.

I am very sorry for the rambling and maybe not building this posting properly, but I am so frustrated with those and some other Engineering issues, not listed here. I solved some of them on my own, because Blizzard estimated time to answer my tickets averages between 3 and 5 days. I've been maining an Engineer for several years now.

Anyone that has run into similar issues, please report and comment. So far I was unable to find a solution online for the problem with missing schematics, that I have completed the quests for. I'll be thankful to any solution you may have!

I don't know then they changed it but the snack module no longer requires the Hearty Feast, instead it is 20 each of big gamey ribs, wildfowl eggs, High mountain Salmon, and Black Barracuda. Makes it easier instead on waiting on Nomi to random it out, or buying them from the AH.

The questline section is missing the Fargo Flintlocke quests in Val'sharah: Resupplying the Line, In My Sights and All Charged Up. You have to complete these to unlock the level 104 quests.

If you are having trouble getting a quest from Didi the Wrench:

Make sure you are current on all your Fargo Flintlocke quests. I couldn't pick up from Didi, and it was because I hadn't picked up Fargo's recent quests. Found him in Val'Sharah at 60/62 to continue the engineering questline.

I still hear the debate about the "Usefulness" of the Engineering profession. It may not make a lot of gold, but most gold making professions are exhausted after the first couple months. I argue that Engineering is consistently useful.

Useful? I have done literally every profession. After WotLK I dropped most of them, but I won’t digress.

I still use the permanent Goblin Glider tinker and my "Skyterror" Personal Delivery System and XD-57 "Bullseye" Guided Rocket Kit and Gnomish Gravity Well, to get around in Legion, I got EVERY flight path in the first 2 days!

I also used the above engineering gadgets to get to very hard to reach rares and treasures.

And when fellow dungeoners or raiders cry “I need to sell stuff!” or “I need to repair stuff!” or “Wish I had a mailbox!”, guess who always comes to the rescue with Jeeves or MOLL-E and now Reaves Reaves Battery? As an engineer, I can also use Jeeves anywhere to access my bank!

In addition to all that, as if that wasn’t enough… I still use those and Ultimate Gnomish Army Knife and Loot-A-Rang everyday!

Sometimes I go back to old areas to farm old mats for cool old recipes, so I kept my Zapthrottle Mote Extractor and Electrostatic Condenser.

Let’s talk about mounts… the coolest motorcycle mount I made for myself and friends Mekgineer's Chopper, as well as Flying Machine and Turbo-Charged Flying Machine and Geosynchronous World Spinner and Depleted-Kyparium Rocket and Sky Golem.

Also worth mention were all of the great gear items, head pieces and weapons that were awesome at the time and still make great transmogs, one of my favorites for Shamans and Paladins is Force Reactive Disk

Useful? I should say so. Anyone who starts engineering today, from level zero, can still tap into all these things, and the portals, mailbox and other gadgets are now toys, so you make them once and share them with all your engineers.

And there IS an AH in Dalaran and Pandaria….. but only for engineers!

Day one of 7.1.5: Where are the new recipes? The new quest isn't obvious either. Anyone know yet?

Didi the Wrench quests for Reeves are serial and you cannot have more than one at a time. You must do them in order. Looks like the quest chain is
Endless Possibilities
Always the last thing
Module modification
Here comes the BOOM
Assault on Violet Hold
Short Circuit
Its on with Automatons

The Quest "Wibbly-Wobbly, Timey-Wimey from Fargo Flintlocke" only awards you with the "Intra Dalaran wormhole generator" which is more a vanity thing.

Source: www.wowhead.com
Related Posts
Categories
Latest Stories
Most expensive wow items This real economy has led to some of the most spectacular purchases in...
world of warcraft best gear These people are probably using heirloom gear. Heirloom gear is bought...
World of warcraft cosmetic items The curse of interesting times is upon Azeroth. For close to a decade...
Bis wow gear This trinket/legendary simulation spreadsheet is inherited from this spreadsheet...
Funny wow items With hundreds of millions of items for sale, from electronics and books...