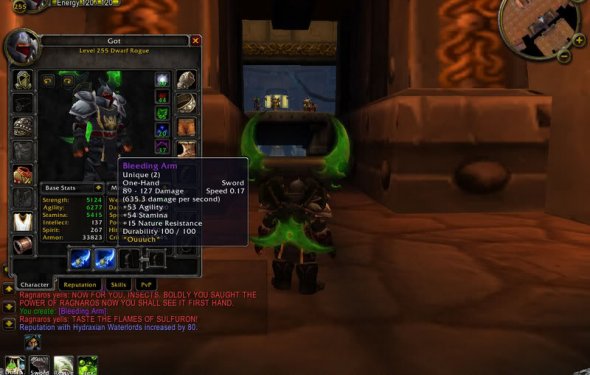 Toy lovers in World of Warcraft, it’s time to collect ’em all.

When WOW patch 6.0.2 releases in the next couple of weeks in preparation for Nov. 13’s Warlords of Draenor expansion, the Toy Box feature will launch with it.

Players of the massively multiplayer online role-playing game will finally be able to take all the quirky, fun items they’ve collected over 10 years of playing and put them into a single spellbook-like collection, potentially clearing hundreds of spaces in their bags and bank.

It will also be the first time that players can see almost all the toys available in the game. (Some that are no longer available will be hidden, unless the player happens to own them already.) But which toys are the best? I’m so glad you asked.

The rules: I’m only including items that are actually toys, not food or clothing or other non-toy items with actions attached (though I may mention them in passing). All toys, by definition, have actions attached — their sole purpose is to make something fun happen. Non-toy items typically add other benefits, such as increasing your character’s statistics.

The list of which toys are in the Toy Box in the Draenor expansion changes constantly, but I’ll include a note if a toy I’ve picked as the top selection in a particular category isn’t stored in the Toy Box … yet. Blizzard has been going back through all the items in the game to add toys to the Toy Box, but it’s definitely a work-in-progress given the tens of thousands of items available in WOW.

I’m usually not including items that have charges that run out or that “poof” on use or toys you can’t get anymore. For example, the Haunted Memento has a spot in my inventory forever because of the shade it continually creates to follow me around. But the only way to get one today is via the Auction House from other players that hung onto theirs from years ago, too. That’s not fair.

I’m also not including items that, despite that they should be in the Toy Box, aren’t likely to make it because they also have character-boosting statistics on them. I’m looking at you, Rainbow Generator.

I’ve picked my favorite and a whole raft of runners-up in each of five different categories. The links take you to WOW’s item pages; further links on those pages lead you to sites that have instructions for how to earn each toy.

Toys to transform you

A whole horde of items — not just toys — in Warcraft transform your character into other races, classes, or species.

Source: venturebeat.com
Related Posts
Categories
Latest Stories
Upgrading items wow As you’re probably aware we introduced a new system in 5.1 which allowed...
world of warcraft boa gear Part 1 Buying Boosts Visit the in-game store. This simplest way to get...
Resources Harris county department of education responsive education solutions pacific...
wow item generator I m so glad I kept mine in my bank in case this ever happened! The one...
Gearscore addon wow First, here is the original blue post as well as the follow up clarifications:...