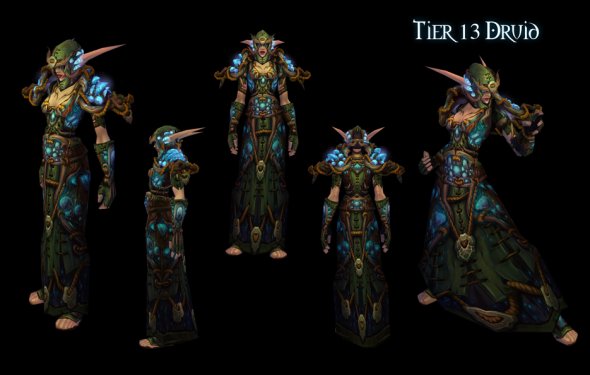 Also known as AFK gaming, a bot is a method of controlling an in-game character by an automated means that does not require direct interaction from a player. Sometimes known as an "autoplaying game client", this is strictly prohibited by the Terms of Use Agreement. Most often, a bot uses a series of automated macros to control the character in game.

If you suspect a character is being played by a bot, you are encouraged by Blizzard to right-click the name of the suspicious character and report them for cheating. This it the most effective and helpful method for reporting one's suspicions (though it's important to remember they are merely suspicions) as it snapshots a very large amount of information about the character in question. It's also important to note that you will never know about the results of an investigation, as this information is considered, by Blizzard's privacy policy, to be strictly between themselves and the reported party.

Bots can be used to farm gold, either directly (from gold dropped by mobs), or by proxy (materials that sell for gold). Certain areas in WoW are explored and mapped by botting communities which yield the best rate of gold per hour. But a lot of botters also farm for rare items which have very low drop rates, such as the Hyacinth Macaw from Stranglethorn Vale. Items like these have phenomenally low drop rates (roughly 1 in 1500 for the Macaw) and would be almost impossible to farm without a bot. These methods are also used by gold farmers, professional Warcraft players who sell in-game gold, loot, or services for real-world money. This violates Blizzard's Terms of Use agreement and may get both parties banned, however this is most often not the case as Blizzard has more of an interest in stopping the sellers (not the buyers) of gold trading. These farmers automate the process with bots, either to powerlevel characters unattended or to grind mobs continuously for rare drops.

Bots can also be used for farming honor at the various battlegrounds (this is especially true in the current Call to Arms battleground). Bots such as Pirox and Honorbuddy even include profiles for all the battlegrounds by default. One of the most popular uses of bots, however, is leveling. This can be done in one of three ways; Questing, PvPing, and pure grinding. Some bots support quest profiles, which automatically perform quests (including quest pickup and turn in). PvP leveling is popular during Call to Arms weekends, which provide double-experience for each battleground played. And pure grinding is simply a basic process to kill certain mobs in certain areas till the player levels. For a long time, from 2005 till 2009, pure grinding was the only method used to level with a bot, since questing profiles hadn't been developed yet, and PvP battlegrounds yielded no experience.

A number of bots developed by numerous people started appearing within a year or two of World of Warcraft's release, such as Openbot. However, the most notable and famous of which was Glider, which first appeared in 2005. Developed by Michael Donnelly, Glider was noted for its particular ease of use, numerous features, and robust community. Its strong community created many profiles to use with the bot, and distributed them freely. After it's initial popularity, Glider was developed into a full featured bot in 2007 and sold for $25. The bot and its community thrived for over 4 years, and over 100, 000 copies of Glider were sold (as of 2008). Glider quickly became the de-facto program of choice for most botters.

In July of 2008, Blizzard filed a lawsuit in the U.S. District Court for the District of Arizona against the makers of Glider. The lawsuit alleged that MDY Industries, LLC (the company selling Glider) were liable for copyright infringement based, in part, on the premise that users of the World of Warcraft software are actually "licensees" rather than owners of their copy of software. Public Knowledge, a public interest group, publicaly criticized the decision. However, the court found that Glider infringed upon Blizzard's intellectual property and ordered the makers of Glider to pay Blizzard six million dollars. In March 2009, MDY suspended Glider sales and operations, as well as closed their online community. As of September 2009, they are appealing the court decision.

After Glider ceased selling and developing their bot, a number of newer bots started appearing in late 2009, as there was high demand among the botting community for a new bot similar to Glider. Dubbed the "second generation" of bots, there were quite a few bots that were developed around that time. However, two bots quickly became favorites, Pirox and Gatherbuddy (aka, Honorbuddy). Both of them are very similar to Glider and offered the same features, control and creation of profiles, and ease of use. Both currently have thriving online communities, as most of the previous members of Glider migrated over.

There are several signs that may indicate that one player in action could be a bot, but many of them have reasonable explanations.

Source: wow.gamepedia.com
Related Posts
Categories
Latest Stories
Interesting How many entrepreneurs become millionaires where to get business cards...
Guide How to recharge car ac How much does it cost to replace a central air conditioning...
Resources Ust courses vegan crowdfunding adobe certification online class objectives...
We are supported Why business fail what business quarter are we in which manager has the...
Manual What sound does a sheep make Where to buy pastry tips How to change line...
Friendly sites