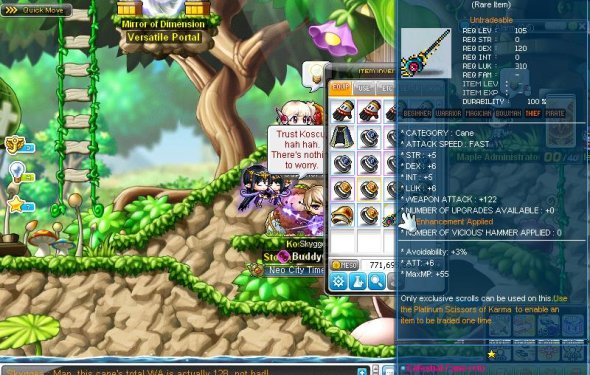 Gear is an important part of leveling, as being well-geared means you're killing mobs more quickly and taking less damage, resulting in maximizing your efficiency. While it's theoretically possible to level an enhancement shaman in full cloth quest gear while dual wielding daggers, it won't be your smartest decision. That sounds like something Fox Van Allen would do, which means it probably isn't in your best interest.

Gear follows the same basic principles for low levels that it does at 85. Agility is still your bread-and-butter stat, giving you 2 attack power and some crit (depending on your level) per point. From levels 1 to 39, you'll be wanting leather gear. At 40, you'll start to make the transition to mail gear. While Mail Specialization is really nice, remember that it's only really important at level cap. If you have the choice between mail quest shoulders or the leather Stained Shadowcraft Spaulders, taking the 5% agility hit is worth the 10% experience gain.

For anyone with access to heirlooms, I strongly suggest purchasing the entire set before leveling up any new character. I started a warrior less than a week ago, and he's currently sitting at level 51. The 35% experience bonus from helm, shoulders, cape, and chest are just ridiculously good. The fact that all of the heirlooms are either on par with or better than same level rare drops is icing on the cake.

As enhancement, you have no real choice in helm or cloak heirlooms. For helm, you're going to grab the Tarnished Raging Berserker's Helm. For cloaks, you'll want the Inherited Cape of the Black Baron. These two heirlooms server a dual purpose: First, they make leveling easier. Second, their haste itemization makes it clear from level 1 that all mail/agility gear you will ever see is itemized for hunters. Learning this lesson at level one makes it much less painful at 85. You cannot enchant the heirloom helm, but if you have the discretionary income, you can hit the cloak with Enchant Cloak - Stealth. This gives 8 extra agility, which is awesome for low levels.

With shoulders, you have a choice. (Note: This will probably be less of a choice and more dependent on whether you have excess justice points or honor.) Champion Herod's Shoulder is a PvE-oriented heirloom purchasable with justice points, while Prized Beastmaster's Mantle exchanges crit for resilience and is purchasable with honor. They're both heavy on the all-important agility, so the choice is ultimately up to you. Unfortunately, there are no enchants for shoulder heirlooms.

For your chest, Champion's Deathdealer Breastplate is the only option. For enchants, there are two choices. For primarily PvE content, go with Greater Stats, as it gives 12 attack power, 40 hit points, spellpower and crit. If you want to level primarily through PvP, Enchant Chest - Major Health might be a better choice. You'd sacrifice some damage for greater survivability.

For trinkets, you're either going to want to grab an Inherited Insignia of the Horde/Alliance or two pure DPS trinkets. If you choose two DPS trinkets, you're probably going to want to grab double Discerning Eye of the Beast. At level 85, intellect is worth .87 EP in my gear. Haste is worth .35. Intellect more than doubles haste's equivalency points. At lower levels, when Earth Shock will be some of your biggest burst, it's even more important. That said, trinkets are your absolute lowest priority for heirloom purchases.

The core of any enhancement shaman's DPS is weapons. Unfortunately, even though they're the biggest damage increase, heirloom weapons provide no experience bonus. As a result, they should be your second-to-last purchase, with only trinkets coming later.

If you still have the justice points to spend by the time you get for weapons, spring for dual wielding Venerable Mass of McGowans. A Bloodied Arcanite Reaper will serve you well for your first 10 levels too, but it's not worth buying if you're not going to be leveling a paladin, warrior, or death knight any time soon. You only want weapons that are of 2.6 speed or slower. Blue-quality 2.6 weapons will end up better than heirloom daggers, especially as you get higher in levels.

For weapon enchants, you have two main choices. First is Crusader, which is a 1 proc-per-minute enchant that gives you 100 strength for 15 seconds. The second is Enchant Weapon - Agility, which is a static 15 agility per weapon. There isn't an actual ICD on Crusader proccing, but for the sake of math, we'll assume it actually procs once per minute. This means that Crusader is equal to a static 25 strength on your weapon, though it can be timed with procs or racials for greater effect. 25 strength is equal to 25 attack power and no crit, while 15 agility is 30 attack power and crit that varies based on your level. It's the better enchant if all you're leveling is a shaman, but Crusader works if you're planning on leveling a fury warrior down the line.

If you can't purchase heirloom weapons, don't fret. The redesigned old world has tons of blue weapon quest rewards for you, and even more drop from instances. Here is a list of some of the blue weapon drops you'll see leveling in instances. While looking at it, remember that weapon DPS is the stat that matters most; the stats/procs are secondary concerns.

These are almost all of the instances you'll be doing between 15 and 45. Once you get above 40, you start to get hit with some of the longer instances: Stratholme, Scholomance, the Blackrock Spire twins and such. For brevity, I decided not to list their loot.

That's it for gearing your enhancement reroll; at a later time, we'll look into the nitty-gritty of specs, glyphs, and priority at low levels.

Traffic stats
Source: www.engadget.com
Related Posts
Categories
Latest Stories
Interesting How many entrepreneurs become millionaires where to get business cards...
Guide How to recharge car ac How much does it cost to replace a central air conditioning...
Reference Book How to prevent bell s palsy? How to do magic tricks with no equipment Le...
Resources Ust courses vegan crowdfunding adobe certification online class objectives...
We are supported Why business fail what business quarter are we in which manager has the...