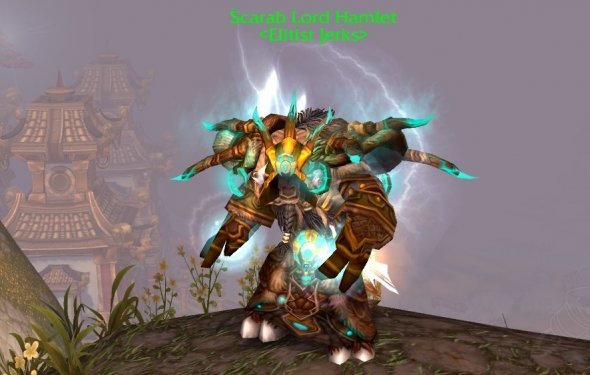 Now that we're running around all over Argus, your World of Warcraft character that's been slacking on the raids should probably think about upgrading its arsenal. After all, with the final push against the fel legions comes a distressingly high iLevel requirement to make a dent against their more powerful bosses, and your old Azerothian loot isn't exactly going to do the trick.

The good news is, Argus brings with it a bunch of catch-up mechanics, most notably in the form of Confiscated gear. Game director Ion Hazzikostas noted in a recent Q&A that the Relinquished vendors have followed you on your journey, and will offer new relics in exchange for an Argus-only currency.

As can be seen via Wowhead's PTR database, the Confiscated items are used to create soulbound equivalents for that slot, granting you an iLevel 910 equipment appropriate to your class. Note, however, that it takes over 650 Veiled Argunites to purchase but one item - and Argunite sources mostly come in the form of weeklies and dungeon runs (though world quests and rare spawns will generate their own amount, of course).

To get at least one Confiscated token a week, you can do the following:

As for Nethershards? You can still spend them on fun items sold by Warmage Kath'leen like Legion Invasion Simulator and Arsenal: Armaments of the Ebon Blade, but they won't be used to purchase gear in Patch 7.3. Nethershards won't be converted into Veiled Argunite either, so there is no reason to stock up on Nethershards when the Patch hits.

The campaign on Argus marks the final chapter of the Legion's indelible mark on World of Warcraft history - one that's afflicted the world of Azeroth since green-hued Orcs first marched upon human lands. Your efforts will help the Draenei, once the Eredar, reclaim a world that they once called home.